'A Display of Australian Affection'

R.M. Williams is a classic Australian Clothing and Footwear company that typifies traditional Australian culture with their range of bushwear that’s now recognised worldwide. Since first opening their doors in 1932, they have grown from strength to strength to become one of the country’s leading providers of outdoor wear and footwear.

Naturally, when R.M. Williams came to us for a project, we were thrilled and jumped at the chance to work alongside such an iconic Australian brand.

R.M. Williams came to us when they were looking into revamping their in-store displays with a more traditional feel that would reflect their rich heritage. In order to do this, the team at R.M. Williams wanted something that would evoke rural, handmade charm and that dedication to durability that’s synonymous with their brand.

What Did We Do?

Based on the brief given, we knew that R.M. Williams would use the items we produced for their in-store retail displays so – given the brand’s image – we felt that wood would be a perfect fit for their in-store signage. It was crucial that the products we made needed to be very eye-catching and visually striking, but relatively simple and in-line with the brand’s reputation. As such, we produced a number of 19mm laser engraved wooden veneer panels which read “R.M. Williams Est. 1932. Australia” on each side. The team at R.M. Williams were delighted with the finished product, which offers a stark contrast between the light texture of the wood and the dark, engraved lettering. These beautiful wooden veneer panels were swiftly integrated into their in-store displays and were a perfect fit for the revamp!

As these signs needed to be legible to shoppers throughout the R.M. Williams stores, it was vital that the cuts and lines were as clean as possible. Luckily, this is where laser engraving shines, and we were able to provide a finished product that was clean, stylish, and free from any sort of blemishes or discolourations. Plus, with laser engraving being a semi-automated process, these fantastic finishes were easily replicable with a high level of quality and consistency. 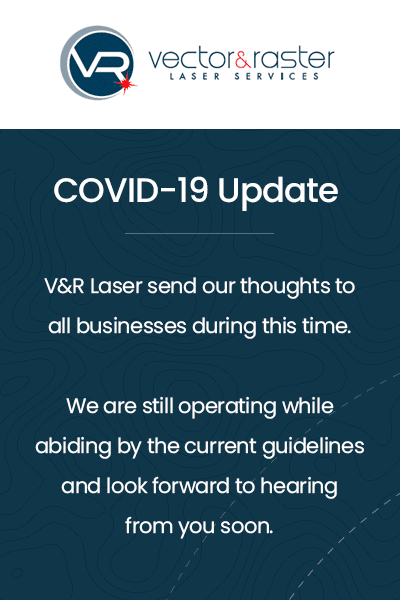